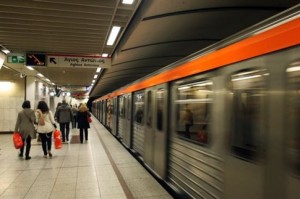 The Syntagma-Elliniko journey will take 14 minutes and it is estimated that some 83,000 commuters will use the new stations daily.

It was announced that a new tram line will be created with a length of 1,100 meters that will connect the existing tram network with the Argyroupoli metro station.

The Haidari station on line 3 (blue line) should open in late October 2013, according to the Greek Transport Ministry.

Further metro extensions of line 3 are planned on the Haidari-Piraeus section, with new stations in Agia Varvara, Korydallos, Nikaia, Maniatika, Piraeus and the Municipal Theater. The stations should be complete by 2017.

New Metro Stations To Open Next Month In Athens

Greece Sees Increase In Arrivals By Road This Year