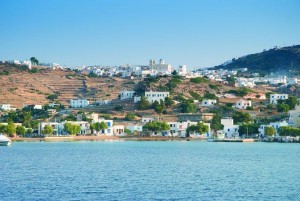 Twenty one mayors of Greek islands recently sent a letter to MPs requesting they vote against the new bill for tourism, which “contributes to the irreversible degradation of the tourism product” of the country’s islands.

In their letter the mayors oppose the unrestricted construction of tourist accommodation complexes (holiday homes) citing that such tourism investments were implemented in other countries, failed their purpose and caused economic and environmental disaster.

Among other things, the draft law allows constructions in sensitive areas such as islets, mountainous areas and protected areas while it opens the way for interventions in areas located within the Natura 2000 network and archaeological sites.

To read the letter signed by the 21 mayors, press here (in Greek).

It is reminded that 12 environmental organizations recently criticized the Greek Tourism Ministry and said it was “destroying nature” throughout Greece with the new bill for Greek tourism.