SETE Suggests Penalties On Businesses That Fail To Issue Receipts 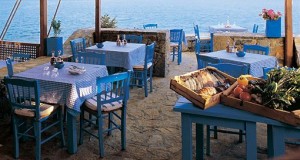 The Association of Greek Tourism Enterprises (SETE) made it clear on 19 July that it is determined for the recently announced VAT cut in the food service sector to become a permanent measure so it will boost the country’s tourism sector.

“The VAT cut in the food service sector, effective as of 1 August, is expected to have positive results on tourism, as long as it reaches Greek and foreign consumers and all receipts are issued,” SETE said in an announcement.

The VAT imposed on Greek restaurants, hotel restaurants, cafeterias and bars will temporarily be reduced next month from 23 percent to 13 percent. According to the Finance Ministry, it will remain at 13 percent only if it assists in conquering tax evasion, which means that businesses must issue receipts to their customers.

The association said it will propose for businesses that do not issue receipts to be closed down by the authorities for three days and for enterprises – officially convicted for tax evasion – to be scrapped from the associations or unions they belong to.

SETE will also suggest for all catering establishments (restaurants, etc.) to mention the VAT reduction on their price lists.

The association said it will make these proposals in an upcoming meeting with the relevant ministries on Sunday 21 July.

According to SETE, Greek tourism so far is on a good pace as international arrivals and tourism revenue are on the up.

“These very positive developments are expected in the coming months to improve the forecast of a reduction in the country’s GDP this year and Greece’s unemployment levels,” the association said.