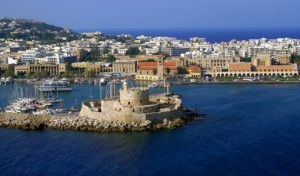 More than eight out of 10 tourism businesses on Rhodes are not consistent with their tax obligations, giving the island the highest tax violation rate among tourism destinations, according to SDOE, the Greek Financial Crimes Squad.

During June 15 to July 15, SDOE made 1,088 inspections at catering establishments, nightclubs, beach and water sports facilities, hotels and other types of rented accommodation located on popular Greek tourism destinations.

According to the inspections, 538 businesses in total were dodging taxes and 2,473 offenders were fined.

One in three tourism workers uninsured

In addition, it was discovered in June that 1,680 employees were working in tourism enterprises without social security from a total of 4,818 inspected in June at 1,345 enterprises in various destinations in Greece.

According to Greek Social Security Organization, IKA, one in every three employees was working without insurance.

The fines imposed on the enterprises that hired workers without providing social security coverage came up to a total of 995,000 euros.