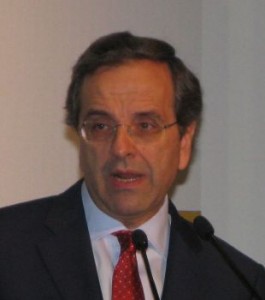 Greek Prime Minister Antonis Samaras announced on Wednesday 17 July that the VAT imposed on Greek food catering services (restaurants, hotel restaurants, cafeterias, etc.) will be reduced from 23 percent to 13 percent as of 1 August 2013.

“From 1 August we will enforce positive changes… State revenue will increase rather than decrease. They still do not believe this (the troika) but it is true,” the Prime Minister said during a televised statement.

Mr. Samaras underlined that if the “experiment” is successful, more tax reductions could follow.

According to reports, the Greek PM reached the decision regarding VAT in the Greek food service sector following discussions with business groups, chambers of commerce and store owners.

However, he made it clear that if store owners do not issue receipts and tax evasion persists, the VAT on Greek food catering services would increase again.