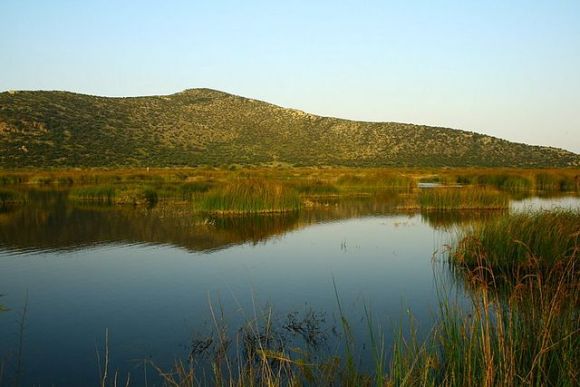 The secretary general of the Greek Tourism Ministry, Tasos Liaskos, on 16 July honored the Municipality of Marathon (Region of Attica) for recently receiving the accolade for top sustainable tourism destination in Greece for 2013 in the European Commission’s “European Destinations of Excellence” (EDEN) project. 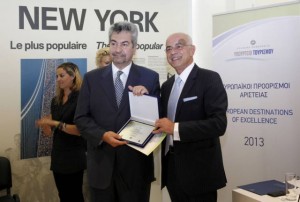 This year’s EDEN theme focused on “accessible tourism” and Marathon was chosen for the accessibility of the Schinias National Park and other activities developed by the Municipality.

The Municipality of Minoa Pediados of the Region of Crete was also honored by the ministry as it was selected as “runner up” in the Greek round of the competition for its Cretan Routes and accessibility interventions.

The EDEN project was launched in 2007 by the European Commission to promote emerging destinations and sustainable tourism. It involves an annual competition to select an emerging tourism “destination of excellence” in each participating country (EU and candidate countries) – based on commitment to social, cultural and environmental sustainability.

The study and application file of Marathon was prepared by Dr. Angelos Vlachos, tourism consultant, former executive of the Tourism Ministry and the Greek National Tourism Organization.

The Municipality of Marathon and the other tourism destinations that have emerged this year through EDEN will be screened on a European level through promotional actions of the European Commission.

The winners of this year’s EDEN project will be officially awarded and made public in autumn 2013.

For more information on the EDEN project, press here.

Grace Hotels Have Best Swimming Pools In The World