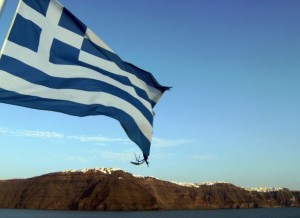 Tourism in Greece is experiencing a “renaissance” this year, according to Ioannis Afukatudis, Thomas Cook Austria’s general manager.

In a recent interview to Austrian newspaper Der Standard, Mr. Afukatudis reported that in terms of increase rates, Greece will be this year’s “winner” of the tourism season.

He underlined that Greece’s tourism infrastructure (such as airports and offered services) should be enhanced while improvements are also needed on the fees paid by airline companies and on Greek hotel categorization and accommodation certification.

Mr. Afukatudis said that in recent years, other countries besides Turkey have benefited from the crisis in Greece.

“Turkey is presenting very good results this year as Austrians have faith in this country,” he said.

Mr. Afukatudis is of Greek descent and has been Thomas Cook’s general manager for Austria for the past three years.