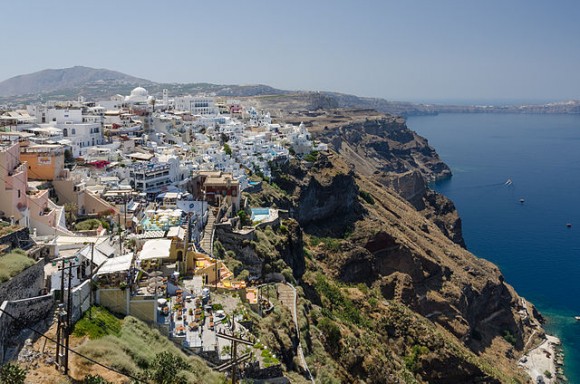 The most expensive Greek destination for the upcoming bank holiday weekend (Agiou Pnevmatos holiday) is Mykonos but it is not the most popular, as Greeks have focused their attention on Fira, Santorini, according to online booking company Trivago.

In a list published recently, out of 10 Greek destinations, Fira had the highest occupancy rate – 77 percent – with an average hotel rate standing at 149 euros per night.

The list also showed that Mykonos had the most expensive average hotel rate at 194 euros per night but with an occupancy rate of 47 percent. The cheapest destination is Poros of the Argosaronic at 40 euros per night.

The upcoming bank holiday weekend (Agiou Pnevmatos holiday) for 2013 is on 22-24 June.