Greek Businesses To Come Closer To China At Upcoming Event

Greek entrepreneurs will have the chance to come in contact with acclaimed Chinese businessmen and Greek and Chinese politicians at the upcoming event “GREECE-CHINA/Empowering Creative Economy” to be held this month in Athens.

“GREECE-CHINA/Empowering Creative Economy” is an effort to develop the extroversion of Greek enterprises in target foreign markets and attract investment and also increase the exports of Greek products through the best possible conditions in the global market.

The event is a joint effort of Afrodite Bleta, president of the Hellenic-Chinese Center for Entrepreneurship; Vasilis Bartzokas of DESIGNLOBBY.ASIA and Aimilia Kanta of DESIGNLOBBY.GREECE. Armed with international experience, the three will bring new ideas and suggestions to the Greek business community.

According to the organizers, representatives of the Greek Government and successful entrepreneurs will attend the event and share the “secrets” of profitable exports and also give insight on how Greek businesses can establish their brands in major markets such as China.

The “GREECE-CHINA/Empowering Creative Economy” event will take place on 25 June at the Michael Cacoyannis Foundation in Athens at 7pm. 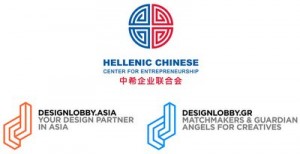 The “GREECE-CHINA/Empowering Creative Economy” event is held under the auspices of the Greek Tourism Ministry and the Municipality of Athens.

GTP is among the media sponsors of the event.