The Municipality of Almyros of the regional unit of Magnesia, region of Thessaly, has agreed for the construction of a waterway at its port as part of a plan to launch new investments in the area for the development of new job positions.

In a recent meeting with the president and CEO of Hellenic Seaplanes, Nikolas Charalambous, Almyros Mayor Evangelos Hatzikyriakou said his goal is to “develop the necessary infrastructure to help provide the necessary operational support to any activity that may lead to growth and new jobs in the municipality.”

More specifically, discussions focused on the creation of a central waterway with maintenance and storage facilities for seaplanes and the development of infrastructure in close distance to the Aghialos Airport from which international visitors arrive to Greece eight months of the year.

It was agreed that an airport-waterway combination would give foreign visitors the opportunity to visit many island destinations directly. 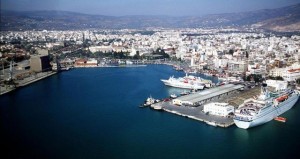 Hellenic Seaplanes also held talks with the Municipality of Volos for the construction of a waterway at the city’s port to launch seaplanes that would link Volos with Athens and the Sporades Islands.

According to a press release, a decision is expected soon.

“It is a proven fact that Greece should have developed a waterway and seaplane network years ago,” Mr. Charalambous of Hellenic Seaplanes said.

“Today there is political will and the government knows that such a venture would have beneficial effects on lifting the isolation of remote areas and islands,” he added.