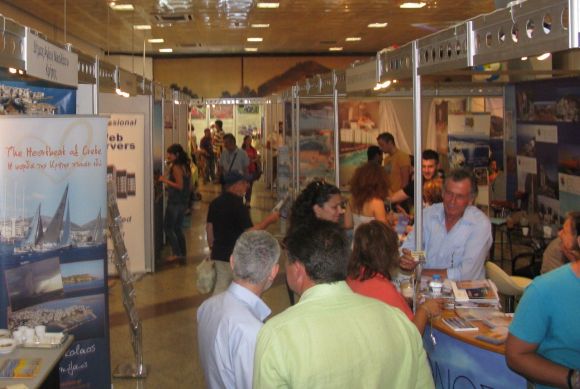 Greeks and tourists visiting Athens that used the metro at Syntagma last week had the chance to get informed on many Greek tourism destinations, taste local products and attend a series of local cultural events at the 4th Greek Tourism Destinations & Traditions Expo. 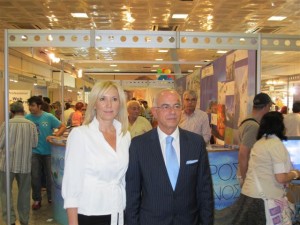 Vice governor of the South Aegean region, Eleftheria Ftaklaki, and the secretary general of the Greek Tourism Ministry, Tasos Liaskos.

The exhibition, held 3-5 June in the multipurpose area of the Athens metro at Syntagma Square, was organized by Vertical Communications and the South Aegean Region and held under the auspices of the Greek National Tourism Organization (GNTO).

During the three-day exhibition, visitors received useful information in regards to summer vacations on various Greek destinations such as Thessaly and Volos and islands in the Cyclades (Kea, Kythnos, Antiparos, Tinos, Andros, Anafi, Amorgos, Syros, Sikinos, Ios, Milos and Folegandros), the Argosaronic (Hydra, Egina, Poros, Spetses, Agistri and Methana) and the Sporades. 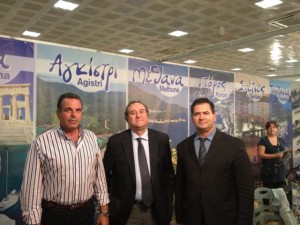 During his visit to the exhibition, the president of the Greek National Tourism Organization, Christos Pallis, discussed the GNTO’s promotional activities with representatives of the participating destinations and suggested they participate in international exhibitions with the organization to attract inbound tourism.

The 4th Greek Tourism Destinations & Traditions Expo was the only event organized for tourism purposes in Athens this year and aimed to boost domestic tourism in view of the summer holidays.