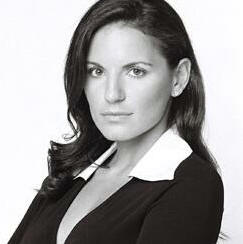 “Today we see also see American and Canadian tourists (in Greece) along with the Europeans that are returning,” Greek Tourism Minister said during a recent interview to Canada’s business and financial news network Business News Network (BNN).

During her recent trip to Canada, Mrs. Kefalogianni gave interviews to boost Greece’s image to the Canadian public.

“Greece has proved that it is a very safe country and it succeeded to change its image in a very short time,” the tourism minister said.

She underlined that tourism is one of the main sources of revenue for Greece and that she expects income from the sector to increase further in the coming years. “Tourism is the powerful sector in the Greek economy,” she added.

Mrs. Kefalogianni said Americans and Canadians can visit Greece, not only for the sun and sea, but also for the many alternative forms of tourism the country offers.

The tourism minister also gave an interview to CTV, the largest television network in Canada, and referred to the reasons for one to visit Greece.

She underlined that confidence has been restored in the country and that Greece is a safe destination “away from protests and social unrest.”

At the end of the interview, CTV’s reporter urged Canadian viewers to visit Greece.