A visit to the northeastern Greek city of Xanthi, located in the region of East Macedonia and Thrace, was not only an experience but an eye-opener. The locals refer to Xanthi as “the city with a thousand colors” and it is obvious why since the city represents diversity and multiculturalism at its finest. Nowhere else in Greece will you see such a vast collection of races, languages, religions… all in a very interesting blend. 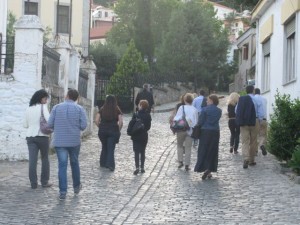 Xanthi was once the center of the European tobacco trade and quite prosperous until leveled by two major earthquakes in 1829. The city was later rebuilt as a commercial center and capital. Its growth further developed once the railroad reached the city in the late 1800’s.
Xanthi experienced all the turbulent periods of the history of Thrace, such as raidings, disasters, race conflicts, civil wars.

It was seized by the Bulgarians in the early 1900’s, freed later by the Greek army and then captured again by the Bulgarian forces. Western Thrace, and thus Xanthi, became a permanent part of Greece in 1919-1920. 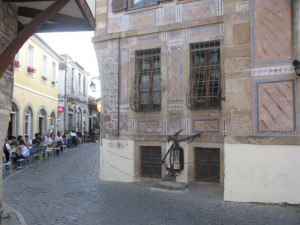 Today Xanthi is a modern city, rich in history, traditions and customs, with many attractions for visitors.

The city’s central most popular road is the paralia (meaning “beach” in Greek) that is packed day and night with locals and visitors.

Xanthi’s tavernas and their sophisticated Greek cuisine are not to be missed. The city is famous for its flavors.

The appetizers, the fresh bread and baked goods, the local wine and ouzo are components for Xanthi’s gastronomy. Its cuisine is characterized by a unique combination of aromas, flavors and traditions from the East and West, rich in contrasting materials and colors.

Some of the most popular dishes of the region are tzigerosarmades (liver wrapped in intestines), pork or chicken with pickled cabbage, chicken with couscous, sweet or salted pies, lachanodolmades (minced meat wrapped in cabbage), local sausages, dishes with peas or beans and pulses.

Xanthi is also famous for its pastries and syrupy sweets such as kariokes (wrapped sweets with chocolate and nuts), baklava, soutzouk loukoum, kantaifi, ekmek, saragli and walnut pie. 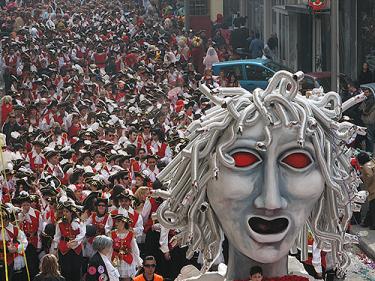 Events – A carnival not to be missed!

The city’s most popular event is the lively Carnival held every February or March, during which thousands of people from all over Greece attend and colorful floats fill the streets. During carnival season it is not an exaggeration to say that the streets of Xanthi resemble a 24-hour nightclub.

Other popular events include the Old Town Festival, held in September. Festivals, celebrations and events are organized in many villages of Xanthi.

TIP: If one is in Xanthi on a Saturday, a walk through the Bazaar is a must as it is home to local produce. 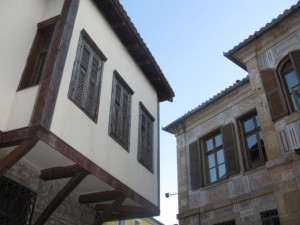 The Old City of Xanthi is considered an open museum of Architecture.

Old City of Xanthi – an open museum of architecture

When one visits Xanthi, the tour will surely begin at the Old City, one of the biggest traditional settlements in Greece that “exhibits” an extremely interesting architectural design fusion produced by people from different religions, cultures and nationalities.

The Greek elements coexist for centuries with other peoples and cultures, respecting the balance and keeping its traditional multicultural elements.

Witnesses of this long living coexistence are the religious monuments of the region such as churches, monasteries, mosques and the dens.

The old city’s nobility is well known throughout Europe. Great examples of its nobility are the old mansions where the demotic gallery as well as the folklore museum are housed, with their large range of items sourced during its “belle epoque” (Beautiful Era). 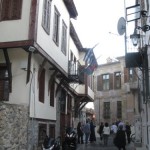 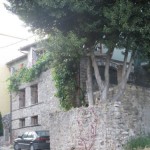 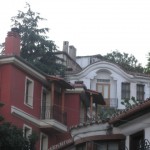 The traditional houses of the old city – once owned by tobacco merchants and workers – are seen everywhere while strolling the cobblestone streets and alleys.

According to the Chamber of Xanthi, there are no two identical homes throughout the entire old town, as – in the old days – craftsmen were in competition with one another. Every house has its own identity and character, which reflects the personal taste of every craftsman that lived there.

However, all architectural creations in Xanthi blend smoothly together, sharing the same forgotten values of traditional architecture. 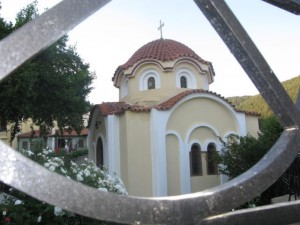 It is true that when wandering the streets, houses, churches, chapels and squares of the old town, some certain places will fascinate you, while others will exalt you.

Visitors will encounter many old churches, all of which were built after the earthquake of 1829.

The city has three monasteries of the city that – according to locals – have been protecting it from enemies and diseases ever since the Byzantine period.

That of Virgin Archangeliotissa, situated in the east, Notre Kalamous at the center, and that of the Archangels in the west. 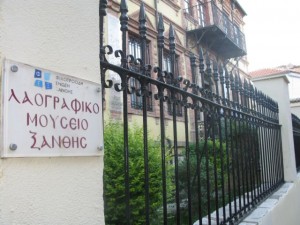 Folklore Museum – Step back in time

Xanthi’s history can be discovered by visiting the city’s Folklore Museum, where visitors can discover the elements and characteristics of the area that contributed to forming the modern history of the destination.

The architectural symmetry and the external decoration of the building, the woodwork ceilings, frescoes and painted ceilings, “simply makes it a piece of jewelry,” according to the museum’s curator, Pashalis Xanthopoulos.

The museum contains elements from its resident’s public and private life, along with pieces of the social, economic and religious life of the city and the countryside of the early 20th century. 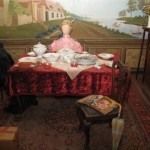 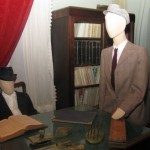 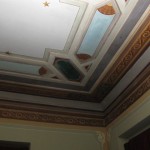 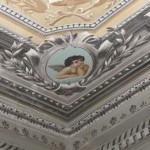 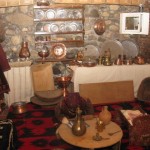 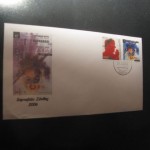 The exhibitions on the ground floor “speak” of Thrace’s history, the modern history of the city and the life of the ruling bourgeoisie.

GTP’s selection of sites to see, places to go while in Xathi 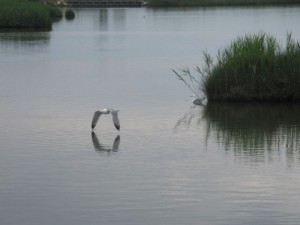 Lake Vistonida – Perfect for ornithologists and nature enthusiasts
Lake Vistonida is a lake in Porto Lagos, a small scenic village, perfect for the survival and reproduction of wild birds – including wild ducks, pelicans, cormorants and pink flamingos – that flock there in thousands to set up their nests.

One of the first things a visitor should do before going to the lake is to make a stop at the Vistonida Lake Information Center (2541096646) where a jeep excursion can be arranged for bird watching.

According to the data known up to now, 264 bird species live in Vistonida Lake while in the surrounding area of the wetland the number reaches 302.

The area is protected under the Ramsar convention.

The dimming horizon to the north with the exquisite mountains of Rhodope in view is a must see. 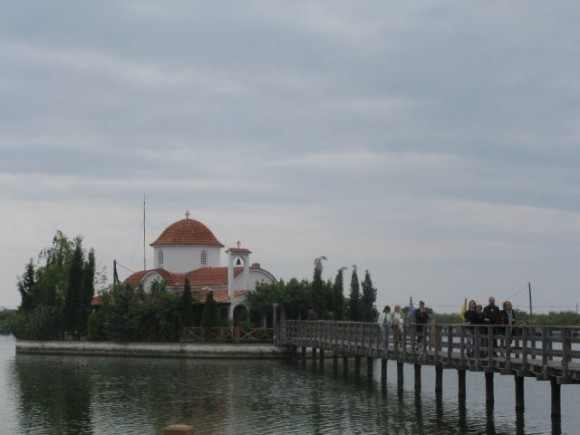 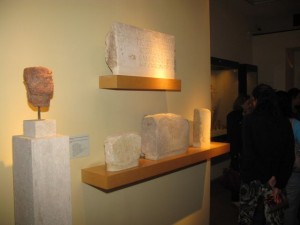 Avdira – Birthplace of philosophers
This is the birthplace of ancient Greek philosophers Democritus, Protagoras and Leucippus and it has a history of over 2.500 years. The majority of the city is still covered by this holy land’s ground as only a small portion has been brought to surface.

The next step from the Archaeological Site of Avdira is a visit to the Avdira Archeological Museum where a vast collection of objects found in the ancient city are displayed. The museum’s exhibition covers the time period from the 7th century. B.C. up to the 13th century A.D. 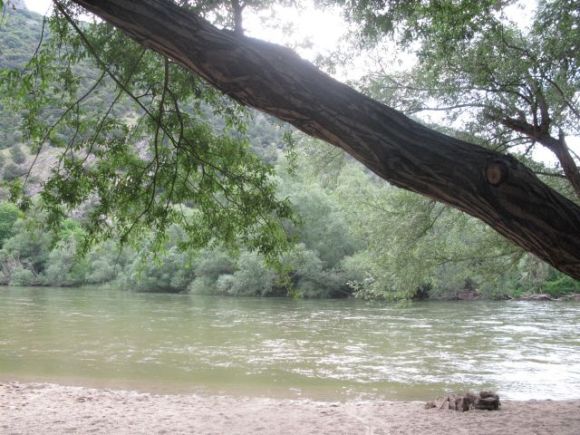 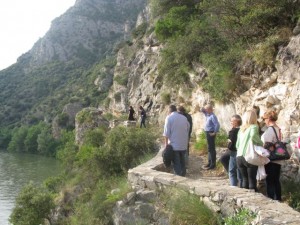 Nestos River – Trekking and extreme sport fans heaven
Nestos River, 15 minutes away from the city of Xanthi, is an ideal destination for those seeking a trekking or an extreme sports adventure.
This region consists of an interesting combination of rivers, forests and mountains.

There several trekking routes in the region but the most known is the 5-hour route Toxotes – Galani – Imera – Kromniko – Libera – Komnina – Stavroupoli. The route can be walked root-to-root along the river and sometimes going up to higher places.

Sport fans can cross the river by canoe – kayak. There are private services, consisted of people with great experience in ecotourism who can organize a full program of outdoor activities for visitors. 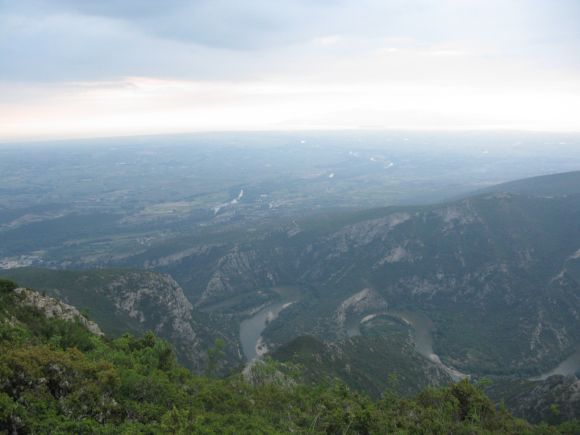 Nestos Gorge – You have to see for yourself!
Known in Xanthi as “Thesi Theas,” the Nestos Gorge is located 10 km from the Toxotes village, at an altitude of 891 meters. The gorge looks towards the meanders of the river between the mountains. The view is just spectacular.

GTP thanks the Chamber of Xanthi for their hospitality and provision of information.

Athens’ Image Improves, Arrivals Up In May