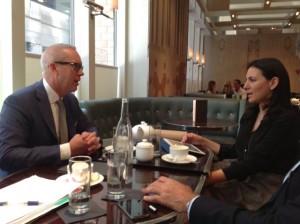 Greece may possibly see a revival from the tourism market of the United States this year along with an increase in arrivals of American tourists, according to Greek Tourism Minister Olga Kefalogianni.

The tourism minister wrapped up an official visit to the U.S. yesterday, 6 June.

According to Mrs. Kefalogianni, Greece’s stability, smooth transition to a new era for the development of the Greek economy and security are factors that have reversed the country’s negative image in the U.S..

During her recent visit, she was informed by the president of the United States Tour Operators Association (USTOA), Terry Dale, on the positive sentiment that has been formed for tourism in Greece.

Mr. Dale underlined that Greece, as a tourism destination, is highly popular among U.S. travelers and market players.

While in the U.S., Mrs. Kefalogianni gave a speech at an event for Greek-American travel officials at the Greek Consulate in New York.

According to Athens News Agency, among the topics she reviewed were the efforts focused on providing direct U.S.-Greece flights and the problems created by strikes, especially when they affect archaeological and tourism sights. 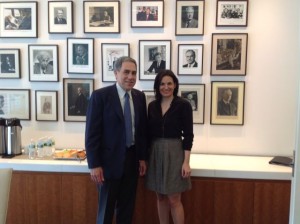 The tourism minister also gave a series of interviews to the U.S. media.

The tourism minister is now in Canada where she is promoting Greek tourism with local sector officials and giving interviews to the Canadian media.

Kefalogianni On CNN: Greek Tourism On The Rebound