Amadeus receives unsecured loan of 150 million euros with a nine year maturity to finance R&D activities in its Distribution business line between 2013 and 2015. 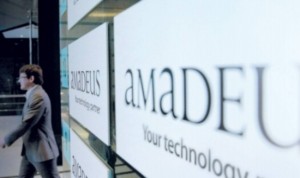 The European Investment Bank (EIB), the European Union’s long-term financing institution, has granted a second loan for Amadeus IT Group, S.A., subsidiary of Amadeus IT Holding S.A., a leading technology partner for the global travel industry, with the latter acting as the guarantor of the transaction.

The unsecured loan of 150 million euros has a nine year maturity. It will be used by Amadeus to finance research and development (R&D) activities in its Distribution business line between 2013 and 2015.

This loan is in addition to a previous 200 million euros loan received by Amadeus from the EIB in May last year, which had a nine year maturity and was made available to finance the R&D of a variety of projects in the IT Solutions business line between 2012 and 2014.

Continued investment in innovative travel technology solutions is central to the Amadeus ethos. Approximately 2.4 billion euros was invested in R&D between 2004 and 2012, with 414 million euros invested in 2012 alone, representing 14.2 percent of revenues. Amadeus has 19 R&D centers globally, currently housing over 4,500 people, and many of these are European based, including the central R&D center in Nice, plus London, Antwerp, Aachen, Frankfurt, Strasbourg, and Warsaw.

Previous examples of Amadeus’ successful approach to R&D include the development of the Amadeus Altéa Suite, a community-based airline IT platform that consists of three modules covering reservation, inventory management and departure control – which is currently used by 110 airlines, including some of the world’s leading airlines, and last year processed 563 million Passengers Boarded (PB).