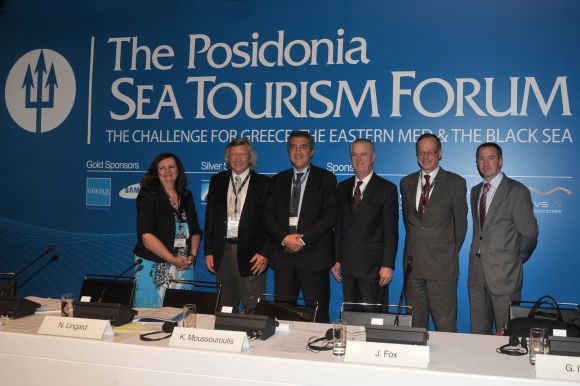 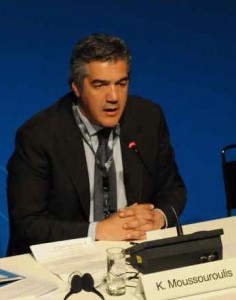 “Of the 36 billion euros plus revenue spread across European cruising destinations, Greece is the recipient of just 600 million euros due to its lagging home porting capabilities and infrastructure challenges,” international cruise experts said on the first day of the 2nd Posidonia Sea Tourism Forum in Athens on 28 May.

“But this is likely to grow once recent legislation changes become fully effective and as soon as planned infrastructure improvements are implemented,” Greek Shipping Minister Konstantinos Moussouroulis said.

“Greece has many competitive advantages as a tourism destination and the Greek government continues to evolve the legislation framework pertaining to sea tourism activities including the law for the lifting of cabotage,” he said.

The Shipping Ministry has recorded that 30 out of Greece’s 57 ports have the capacity to accommodate cruise ships. Of these ports, 12 are of international interest, 13 of national importance and five of major interest.

In regards to Greece introducing a berth allocation system, Mr. Mousouroulis noted that the ministry has come in contact with Greek ports and sent proposals based on international best practices.

On their part, representatives of the world’s two biggest cruise lines – Carnival and Royal Caribbean Cruise – agreed that Greece is extremely popular as a destination for their companies but the country still needs to do more in order to realize its full potential. (See story)