The Thessaloniki Hotels Association, during its recent annual general assembly, announced a series of actions and initiatives to boost international tourist arrivals to the Northern Greek city and wider region.

According to the association, the first goal for this year’s tourism season is to maintain and increase the number of tourists from traditional markets (North America, Western and Central Europe, Turkey, Israel and Russia) and at the same time attract new markets such as India, Dubai, the countries of Arabian Gulf, the U.S. and China. 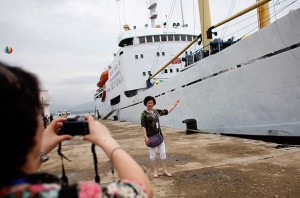 In regards to the latter, the association aspires for Thessaloniki to be included in combined travel packages for Chinese tourists that would include visits to Greek cities and islands in combination with excursions to Istanbul.

Taking under consideration the strong investment interest China has for Greece, in June the association will welcome a group of Chinese reporters to Thessaloniki to introduce the destination.

The hoteliers of Thessaloniki also underlined the immediate need for the VAT charged on food catering services to be reduced (from 23 to 13 percent) so Greece’s tourism product would become more competitive.