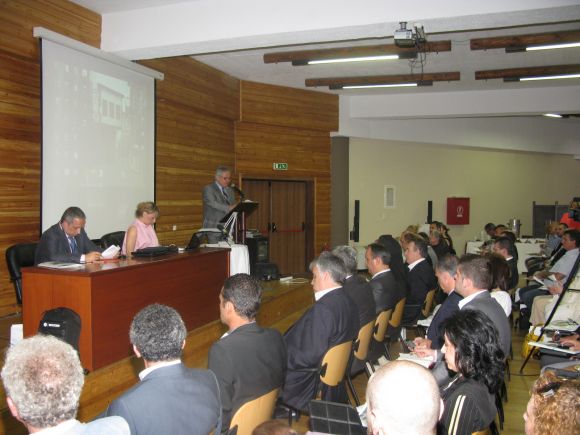 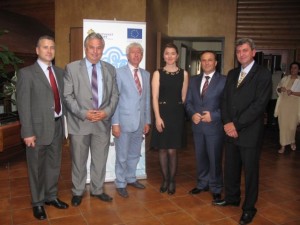 Chamber of Xanthi President Stelios Moraitis (second from left) with members of the chamber and tourism professionals.

A tourism office for the development and promotion of Xanthi is part of a series of initiatives the Chamber of Xanthi plans to launch within its effort to establish Greece’s northeastern destination as a tourism magnet for Greek and international visitors.

The chamber last week held a conference in Xanthi entitled “Tourism, hope of development and recovery of the economy – The Next Day” and highlighted the religious, tourism and cultural values of Xanthi and the diversity of the region in general.

“The Chamber will organize and promote our region’s potential and – through targeted actions – showcase the natural beauty of our region and make it a tourism destination for both Greek and foreign visitors,” the chamber’s president, Stelios Moraitis, said.

Mr. Moraitis asserted that the chamber is currently in the process of launching actions and will continue until “the goal is reached.” Xanthi’s target markets include Balkan countries, Russia and Turkey. 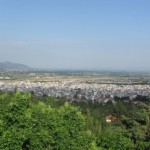 Xanthi from a distance. 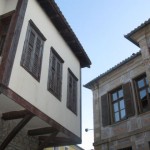 The Old City of Xanthi is considered an open museum of Architecture. 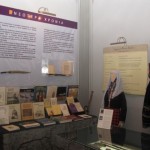 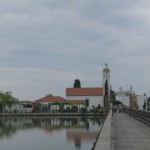 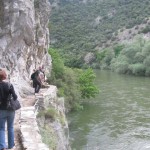 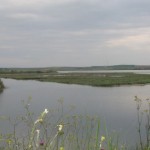 Vistonida Lake is ideal for birdwatching.

During the conference, 17 Greek and international speakers gave insight on how to promote the destination abroad and what “tools” to use to boost Xanthi’s tourism product when participating in international tourism fairs.

The soon-to-launch tourism office for the development and promotion of Xanthi will focus on the area’s comparative advantages such as its multicultural character, rich gastronomy, architecture of the old town, available sports activities at the Nestos river and Vistonida Lake (birdwatching).

The chamber is also considering to develop an integrated travel package that will include the nearby islands of Thasos and Samothrace, while efforts to promote Xanthi as a religious tourism destination are also in the cards.

The “Tourism, hope of development and recovery of the economy – The Next Day” conference was attended by Government officials, local tourism experts and professionals and travel journalists. 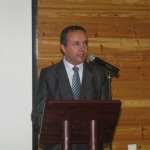 Minister of Macedonia-Thrace Theodoros Karaoglou said the first figures from Kavala, Thasos, Samothrace and other regions of Eastern Macedonia and Thrace, show a “strong upward trend in bookings,” not only from Russia but also from all European countries. 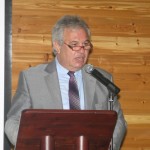 “Xanthi is a place that can offer high quality tourism services. The city’s long cultural history and multicultural character are our comparative advantages,” the president of the Chamber of Xanthi, Stelios Moraitis said. 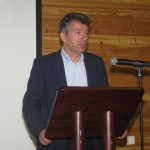 "Not every place can be a destination (on its own). We must make use of both our islands - Thasos and Samothrace... Cooperation is essential to develop a joint travel package that connects Thassos with Xanthi," the vice-regional governor of tourism in the region of Eastern Macedonia-Thrace, Yiorgos Geromarkos, said. 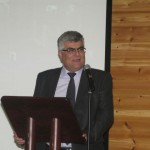 The vice-regional governor of Xanthi, Fotis Karalidis, said that the Region of Xanthi this year has taken part so far in six international tourism exhibitions. He also mentioned that the tourism professionals of the area are not cooperative with the region. "We had requested the participation of hoteliers and travel agents of Xanthi in the international tourism exhibitions, but their interest was limited," he said. 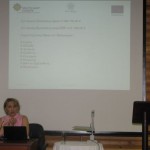 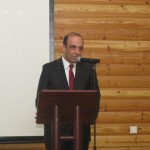 “For years Greece made the mistake and highlighted only specific destinations, mainly those with sun and sea, while its culture remained an unexplored field… Xanthi has many treasures,” the representative of the Association of Turkish Travel Agents (TURSAB) for the European side, Aziz Ciga, said. 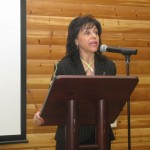 Elena Tanou, the vice president of the Cyprus Committee of the International Chamber of Commerce and Industry (ICCI), informed the audience on the strategy Cyprus is following for its economic development. 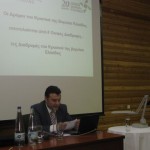 Giannis Albanis, the director of Wines of North Greece - The Wine Roads of Northern Greece, is a tourism program that offers visitors the chance to discover wineries and explore the lush vine-growing areas, in conjunction with a host of local cultural activities. However, according to Mr. Albanis, mainly Greeks show an interest as the program has not been promoted professionaly to international markets. 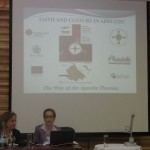 Example of religious tourism: Gabriella Tiberi (In Fiera Servizi Al Turismo), presented Italy's "Way of the Apostle Thomas," a journey on foot to retrace the first steps of Christianity. This is the Abruzzi way of religious and cultural tourism that unites sites of ancient Christian spirituality fate along the major axes of pilgrimages between Rome and the Holy Land.

The conference was held within the framework of the South East Europe Transnational Cooperation Programme RECULTIVATUR. The countries participating in the program include Italy, Greece, Austria, Slovenia, Hungary, Romania, Bosnia and Herzegovina and Bulgaria.

The main aim of RECULTIVATUR is to use the cultural religious tangible and intangible heritage values within the Territories, jointly with local assets, human resources, infrastructures and services, to develop religious tourism opportunities to contribute to the social and economic their growth.

Chinese Movie “Beijing Love Story” To Be Filmed In Greece