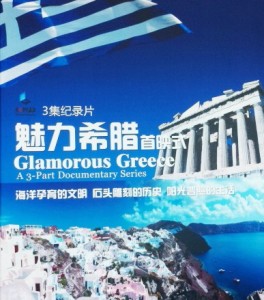 Greek Prime Minister Antonis Samaras recently attended the premiere of the CCTV documentary “Glamorous Greece” during his visit in China.

According to CCTV, Mr. Samaras said he hoped the documentary would enhance understanding and communication between Greece and China.

The 3-episode documentary is produced by CCTV in collaboration with ERT National Greek Television and features the history of ancient Greek civilization through to modern day society in Greece.

The Greek premier is currently in China with a large delegation of businessmen and ministers in a bid to attract Chinese investors to Greece. The trip wraps up on Sunday, 19 May.