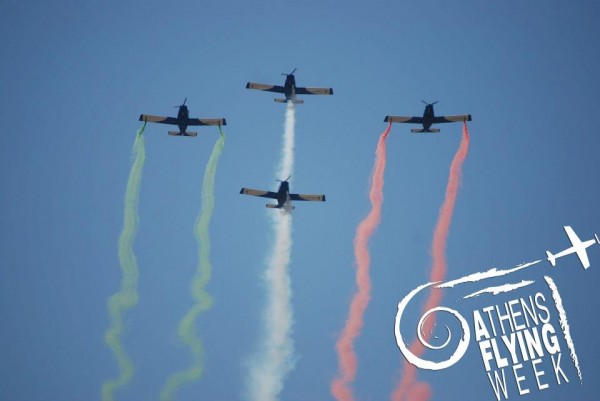 The Greek air show Athens Flying Week will be held this year in Athens during the last week of September 2013, the organizers of the event have announced.

Athens Flying Week will take place 23-29 September, with the peak of the event – the air show – taking place 27-29 September at Tatoi airport where some 50,000 people are expected to attend. The event is aimed to become the major flying event for the Greek capital.

According to the organizers, last year’s event attracted some 20,000 people including international visitors.

Stay tuned for announcements for visitors who want to combine holiday packages for the previous and the following week of the air show with suggestions of excursions and holidays throughout Greece.

Greetings by Jetstar Asia A320 Pilot Atsushi Matsushita who will once again attend Athens Flying Week this September!

Xanthi Promotes Itself As All Year Round Destination