New Special Zoning Plan For Tourism In The Works 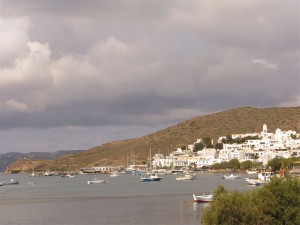 The Greek Government is aiming to abandon the current model of “mass tourism” by adding high standards of quality to the country’s tourism package through the newSpecial Zoning Plan for Tourism that is currently under preparation by the Ministry of Environment, Energy and Climate Change in cooperation with the Tourism Ministry.

According to reports, the government will focus on the utilization of the country’s immense natural and cultural resources and the promotion of alternative tourism options.

The new special zoning plan for tourism is expected to establish the conditions for the creation of high level tourist facilities (hotels of four- and five-stars).

This means that new tourism infrastructure will be prohibited on islets, uninhabited islands with an area up to 300 stremma, national parks and Natura protected areas, forests, wooded and forested areas, seashores and beaches, archaeological sites, public communal areas and streams. However, following special studies, building in regional Natura areas and mountainous areas will be allowed.

The new special zoning plan for tourism is near completion and an environmental impact study is also under preparation.

Both documents are expected to be released for public consultation in late May.