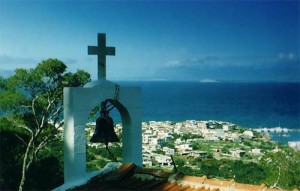 Greek tourism professionals from the islands of the Argosaronic Gulf are in talks with the Greek National Tourism Organization and the Greek Church to launch a unified strategy for the promotion of religious tourism to markets abroad.

A meeting was held recently among tourism professionals from the islands of Egina, Agistri, Poros, Methana, Hydra and Spetses; the president of the GNTO, Christos Pallis; His Eminence Metropolitan Ephraim of Hydra; and the representative of the Holy Synod of the Church of Greece and Secretary of the Synod office of pilgrimage tours Archimandrite Spyridon Katramados.

During the meeting, all sides agreed on the need of joint coordinated action to promote religious tourism throughout the Argosaronic. The joint action would include online promotion and the distribution of a guide on Greek places of worship in various languages. 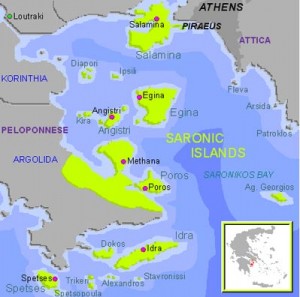 Also discussed was the linkage of the islands for the creation of pilgrimage routes and the establishment of a working group to act as a liaison with State representatives to overcome possible hurdles such as access problems to the islands.

The participation of the Greek Church in the country’s tourism promotion is based on a  protocol signed in January with the Greek Tourism Ministry for the development of religious-pilgrimage tourism in Greece.

Hersonissos To Be Promoted Through Time-lapse Photography