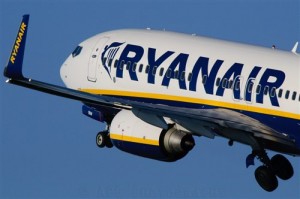 Irish low-cost airline Ryanair said recently that it could bring 10 million tourists to Greece over the next three years if Athens International Airport (AIA) would reduce the air passenger duty for new connections to and from Athens.

More specifically, at a press conference held in Athens on 25 April entitled “Rescue Plan for Greek Tourism,” Ryanair’s deputy chief executive officer, Michael Cawley, requested the abolition of the 12 euro air passenger duty (“spatosimo” in Greek) for all new routes at Greece’s regional airports and its reduction at AIA from 12 to five euros.

According to the company’s estimates, the policy would create 10,000 new jobs, bring 4.5 million tourists in Greece and 4.5 billion euros in tourism revenue annually. Ryanair’s benefit would be 6.5 euros per passenger. 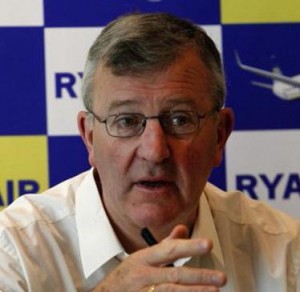 “We bring good news, but not for Athens,” Ryanair’s deputy chief executive officer said and pointed out that Ryanair is the cheapest airline in Europe, with an average fare of 50 euros. He added that the low fare could not be achieved in Athens due to the airport’s high charges.

Mr. Cawley described AIA’s pricing policy, rather than the economic crisis, as the main reason for the decline in passenger traffic to Greece’s main airport.

He added that the company’s plan would be presented to Greek Development Minister Kostis Hatzidakis.

In a statement, AIA argued that the airport’s business model was not compatible with Ryanair practices. 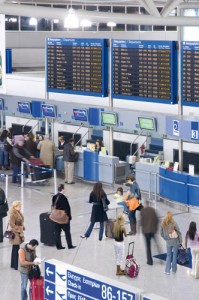 “AIA has chosen to actively support airlines that invest in an ongoing, long-term presence that aims at development,” the statement said.

Athens’ airport said Ryanair follows a policy that does not involve the company committing itself to long-term investments in regional airports.

According to reports, Ryanair’s presence in Greece has not been steady. After opening up to Greek regional destinations it would soon abandon them (Thessaloniki, Rhodes, Kos and Volos) citing failed agreements with local authorities.

In regards to AIA’s high charges, it has been argued for years by Greek tourism professionals that Greece’s biggest airport has the highest charges among its competitors.

However, AIA said there is “no direct connection” between airport charges, passenger traffic levels and sustainable growth, since charges reach no more than four to seven percent of an airline’s operating costs.

Ryanair opens new base on Chania

On 25 April, Ryanair opened its first Greek hub on Chania, Crete, with one-based aircraft and 26 routes, which are said to deliver up to 500,000 passengers and sustain 500 “on-site” jobs.