Lufthansa To Launch A380 Service To Shanghai 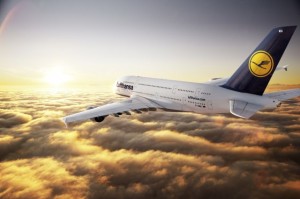 Lufthansa recently announced it will fly five times a week on a daily Frankfurt–Shanghai service with an A380 as of 26 September.

Lufthansa will continue to fly a second Frankfurt–Shanghai link on an A340-600 to offer twice-daily flights on the route.

In its summer schedule for 2013, Lufthansa will operate A380s on services to Beijing, Houston, Johannesburg, San Francisco, Singapore and Tokyo.

Etihad Airways To Launch Daily Flights Between UAE And Belgrade