By : GTP editing team
Comment: Off
Tag: citizens of Crete, construction, Crete’s tourism infrastructure, development is connected with environmental impact and destruction, development on Crete, emphasis should be given on tourism so development can be achieved on the island, exports, featured, Giorgos Matalliotakis, industry, insurance and banking services, Pancretan survey, poll carried out by the Technical University of Crete, primary sector, shipping, trade, TUC Doctorate 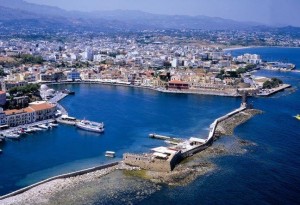 Almost 40 percent of the citizens of Crete believe that more emphasis should be given on tourism so development can be achieved on the island, a recent poll carried out by the Technical University of Crete said.

According to the poll, public opinion on the issue of “development on Crete” appears slightly torn.

In particular, 48.8 percent said development is connected with environmental impact and destruction, while the opposite opinion on development has an equally large percentage (46.3 percent).

When asked in regards to Crete’s tourism infrastructure, the vast majority (60.8 percent) said the island’s infrastructure was sufficient to meet the needs of visitors.

Finally, a small percentage of just 3.8 percent said the amount of hotels and beds on the island should be reduced.

The Pancretan survey was conducted 13-15 March 2013. The organization of research, analysis of results and supervision of data collection was conducted by Giorgos Matalliotakis, TUC Doctorate.