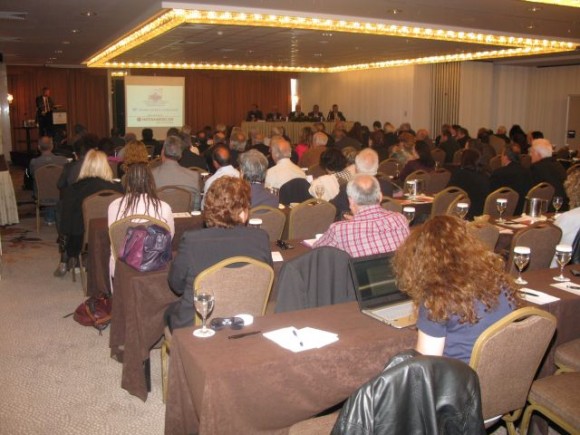 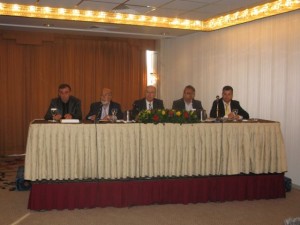 Things are looking up for Greek tourism as early bookings for this season are showing an increase of some 15-20 percent from the country’s basic markets, Greek Secretary General of Tourism Anastasios Liaskos said yesterday, 15 April, during the 16th annual general assembly of the Confederation of Greek Enterprises for Rented Villas & Apartments (SEEDDE).

According to the confederation’s president, Konstantinos Brentanos, the tourism sector is receiving promising “messages” from foreign tour operators while estimates are showing that this year Greece should expect one million additional arrivals to last year (17 million).

“If this target is met, the benefit for the Greek economy would translate to an extra billion euros (a total of 11 billion euros of direct revenue from tourism) that will boost development in employment and many production sectors of the country,” Mr. Brentanos said.

SEEDEE’s president underlined that this “good news” is welcomed by some 40,000 rented rooms and apartments and local economies of Greece.

“If this year followed the same downward trend of the three previous years then over 30 percent of these businesses would be forced to close down,” he said.

“Unfair” treatment by the government

The confederation’s president did, however, express concern on the rescheduling of the Greek property tax and the impact it would have on small businesses.

At this point he referred to the government’s “weakness in terms of objectivity and main legislation” as Greek businesses are not treated on equal footing.

“The government only treats businesses equally and never forgets us (small businesses) when it comes to imposing tax hikes and extraordinary taxes,” he commented.

He also underlined the unfairness of the measure that allows hotels to provide free-of-charge mini bus service to customers while rented rooms and apartments are excluded from offering this service.

On the other hand, the good news is that in early March the Ministry of Labor announced that owners of some 20,000 small Greek hotel units with a capacity of less than 10 rooms were to be excused from mandatory insurance contributions to the Self-Employed Workers’ Insurance Organization (OAEE).

“This will enable more than 15,000 small enterprises with a capacity of 100,000 beds to continue their business,” Mr. Brentanos said.

SEEDEE is planning to launch a central portal for Greek rented rooms and apartments by the end of May. The portal will promote the federation’s businesses throughout the global tourism market to attract additional guests and boost local economies.