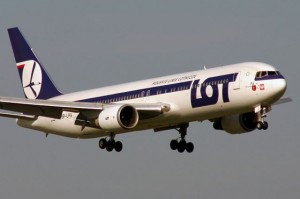 LOT Polish Airlines has signed a lease agreement with Euroatlantic company for a Boeing 767 aircraft that will operate the Polish carrier’s long haul flights.

It is the second aircraft, after the Airbus 330 that LOT has leased to operate its trans-Atlantic flights.

According to LOT, it will allow for smooth operations over the Atlantic, while the Dreamliners remain grounded.

The Boeing 767, with registration number CS-TLO, has 16 business class seats and 234 seats in economy class and the standard of the in-flight service will be identical to that on board other Polish carrier’s aircraft.

The aircraft has been “wet leased” and cabin crews will also include LOT flight attendants.

Passengers will travel on board the leased Boeing 767 to New York and Toronto.