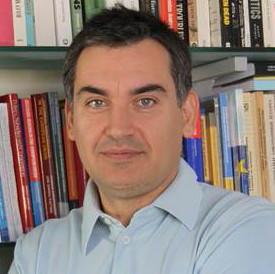 In a move to further empower its role in the wider cruise market, MedCruise announced the appointment of Dr Thanos Pallis as its new Secretary General.

The move comes in light of latest developments in the sector and the resulting necessity to strengthen MedCruise presence on a number of issues of interest to its members.

To better serve cruise ports and associate members, MedCruise has restructured its secretariat. Appreciating the productive and successful work done for the association in the past two years by María de Larratea, she will now act as Deputy Secretary General, and together they will lead MedCruise to a new phase.

Thanos Pallis has worked in the ports sector for the last two decades. A Jean Monnet Professor in European Port Policy at the University of the Aegean, Greece, he is a regular contributor at OECD, UNCTAD, European Commission, IAPH, AIVP and ESPO discussions on ports, and a member of research teams advising the European Commission and national governments on port performance and benchmarking.

He served as secretary general for Ports & Port Policy, Ministry of Development, Competitiveness and Shipping, Greece. He is the co-director of the PortEconomics.eu web initiative and has written books on European Port Policy and The Common EU Maritime Transport Policy.

MedCruise members count over 100 cruise ports in the Mediterranean region, the Black Sea, the Red Sea and the Near Atlantic, plus 30 associate members, representing relevant associations, tourist boards and ship/port agents.