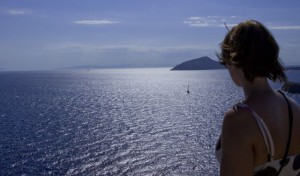 German tourists are Greece’s biggest spenders on an annual basis as they splashed out some 1.65 billion euros last year, according to the latest report by the Bank of Greece.

On the other hand, Australian travelers spend more per trip and per person with average expenditure per trip adding up to 1,327 euros and per overnight amounting to 125 euros.

Of Greece’s total tourism revenue last year, 6.57 billion euros came from individual tourists and 3.43 billion euros from visitors who came to the country via organized travel packages and cruise packages.

According to data, the year 2008 was considered the best for Greek tourism in terms of tourism revenue as it amounted to 11.6 billion euros.

Last year, 15.52 million tourists visited Greece of which 11.4 million were individual travelers and 4.1 million arrived through an organized travel packages.

Greek tourism professionals believe that 2013 will be a record year for Greek tourism as over 17 million tourists are expected in Greece.