Santorini’s Gastronomy Initiative To Be Presented In Thessaloniki

By : GTP editing team
Comment: Off
Tag: AEGEAN-The birth of an archipelago, Anastasios Nikolaos Zorzos, Christos Doumas, Eating habits in Thira during the Bronze Age, gastronomy, initiative, Katerina Traka, Mihalis Fitikas, Municipality of Thira, National Agricultural Research Foundation, pole of attraction for tourists, President of the Institute for the Study and Monitoring of the Santorini Volcano, Professor of Prehistoric Archaeology, Thira, Thira Mayor, University of Athens; Director of Excavations at the Prehistoric Settlement of Akrotiri 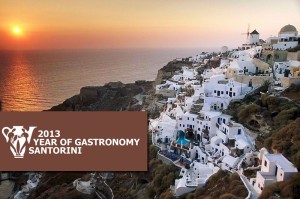 The Municipality of Thira will introduce the “2013 Year Of Gastronomy in Santorini” initiative to the city of Thessaloniki next week at a special event at the Science Center and Technology Museum “NOESIS.”

Santorini has proclaimed 2013 as the “Year Of Gastronomy in Santorini” and will promote its local products and dishes as a pole of attraction for tourists.

The event will be held on Wednesday, 10 April, at 6pm and the various aspects of the initiative will be presented by:

The keynote speaker of the event will be Christos Doumas, who will speak on the “Eating habits in Thira during the Bronze Age.”

A tour of the “AEGEAN-The birth of an archipelago” exhibition will follow at NOESIS museum.

For more on the “2013 Year Of Gastronomy in Santorini” initiative, press here.