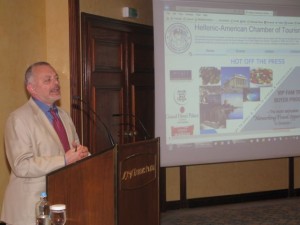 Greece’s absence from the U.S. market has led the country to lose a share of tourism revenue from some $290 billion, which is the amount American tourists spend on their holidays annually, according to the Hellenic-American Chamber of Tourism.

At a media event held in Athens yesterday, 4 April, the chamber’s president, George Trivizas, said America’s distribution system “has no idea of the (Greek) product” as for the past 17 years there has hardly been any organized promotion of Greek destinations in the U.S. market.

“As a result, U.S. tourism professionals do not include Greece in their travel packages and in many cases do not even know the basics about the services and opportunities that accompany the Greek product,” he stressed. 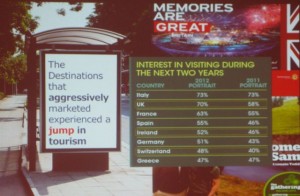 Past examples of destinations that aggressively marketed. Greece lags behind countries such as Italy and Spain.

Mr. Trivizas added that besides the lack of information on Greece, the few and “very expensive” airline seats were also the reason American tourists were avoiding Greece and opting for destinations such as Italy, UK, France, Spain, Ireland, Germany, Switzerland and Turkey.

During the high season, a ticket from the U.S. to Greece reaches up to $1,500 per person. “A family of four from America will not spend that much on air fare,” he said.

The chamber’s president said the chamber was in talks with Turkish Airlines on the matter.

The Hellenic-American Chamber of Tourism is making efforts to overturn the situation and for the last eight months has undertaken actions to promote Greek hotels and businesses to U.S. tourism professionals.

For the past week, the chamber has been supervising a networking event/fam trip to introduce Greece and re-establish the country’s international appeal to 38 high qualified American tourism professionals (travel agents, tour operators, trade show executives, etc). 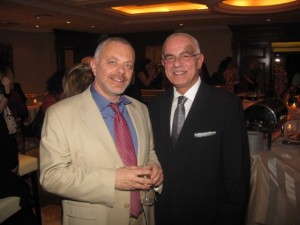 Among the American professionals are also representatives from Virtuoso, North America’s most respected network of elite travel professionals, that specializes in luxury travel packages. Virtuoso has come to Greece to inspect Athens and Thessaloniki as destinations and come in contact with Greek hoteliers.

The “2013 Greece Fam Trip – Buyer Program” ran in Athens since 1 April and has now moved on to Thessaloniki. The fam trip ends on Sunday 7 April.

In addition, in order to promote Greek tourism businesses in the U.S. market, Mr. Trivizas announced the launch of an exclusive partnership with U.S.-based leading global media and event company Questex Hospitality & Travel that aims to bring revenue of $ 100 million to Greece by next year.

Bill For Development Of Medical Tourism in Greece Almost Ready