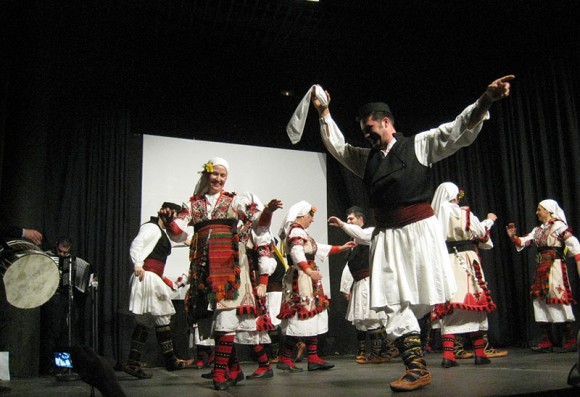 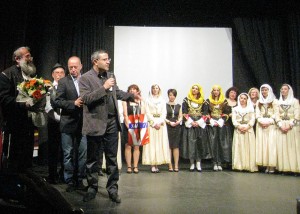 Israeli tour operator Nissan Mushaev with the Folk Dance Group of the YMCA of Thessaloniki.

The Thessaloniki Tourism Organization recently organized a special evening for 300 tourists from Israel that had chosen to spend the Jewish Passover (25 March- 2 April) in the Northern Greek city for the first time. Thessaloniki was included as a destination in a 10-day Israeli package tour.

The package tour, launched by Israeli tour operator Nissan Mushaev, was a result of the contacts the organization made at the international tourism exhibition IMTM in Israel (5-6 February).

The event took place at the Alexander cinema and Israeli tourists of all ages enjoyed the Folk Dance Group of the YMCA of Thessaloniki that performed songs and dances from Macedonia, the Aegean islands and Thrace.

According to Mr. Mushaev, more package tours to Thessaloniki will be organized in the future.