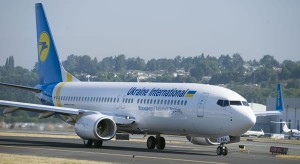 Olympic Handling recently announced its agreement for the provision of airport ground handling services to Ukraine International Airlines. The agreement covers all the airline’s flights in Greek commercial airports.

As of 1 April, the Ukrainian airline began four weekly flights to Athens and during the summer season will run charter flights from Ukraine to Heraklion, Thessaloniki, Rhodes, Kos and Araxos.

Ukraine International Airlines was established in 1992 and has a fleet of 21 Boeing 737 aircraft. From the Boryspil International Airport in Kiev it serves more than 700 routes per week to over 3000 destinations.