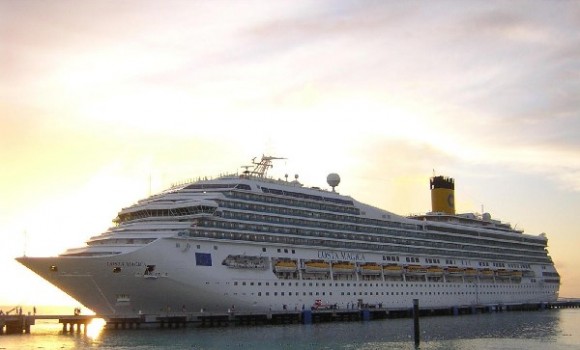 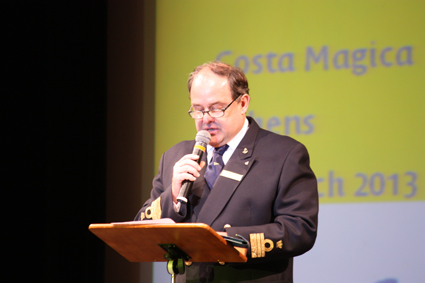 The luxury Italian cruise ship Costa Magica has chosen Piraeus as homeport for 7-day cruises that will begin this month, according to an announcement made during a recent press conference held on board the cruise ship by Costa Cruises’ general sales agent for Greece, Orange Cruises Hellas*.

The Costa Magica has scheduled 32 departures (4 April to 7 November) from Piraeus and is expected to carry more than 100,000 passengers this season. Apart from Piraeus, the ship will also stop at the ports of Santorini, Katakolo in Ancient Olympia and Corfu.

“The hotel infrastructure and recreational and employment opportunities offered by the Costa Magica makes it the largest and most spectacular cruise departing from Piraeus, the general manager of Orange Cruises, George Paliouras, said. 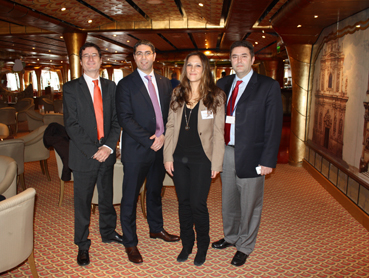 Costa Cruises has also scheduled 7-day cruises from the ports of Heraklion and Rhodes with the Costa Mediterranea, this way enabling passengers to start their vacation in Greece and offering them the option to prolong their stay in the islands’ hotels.

Aiming to enhance Costa’s home porting activity in Crete and Rhodes, Orange Cruises Hellas signed another exclusive deal and will launch 7-day cruises to the Greek Isles and Izmir from late June to early September 2013 and the Holy Land from mid-September to late October 2013 starting in Heraklion and Rhodes.