Bus Routes Shifted In Nikaia Due To Metro Extension 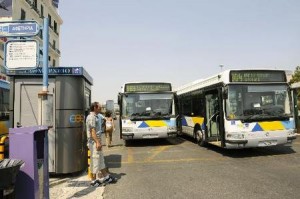 The Athens Urban Transport Organization (OASA) has announced changes to bus routes that serve the Nikaia and Renti area due to construction work for the Athens metro extension to Nikaia, southwest Athens.

Some bus stops will be temporarily removed and others will be added to new locations. Commuters are advised to check OASA’s changes here.

The metro station in Nikaia is included in the planned metro extensions of line 3 (blue line) with new stations also to be constructed in Agia Varvara, Korydallos, Maniatika, Piraeus and the Municipal Theater. The stations should be complete by 2017.