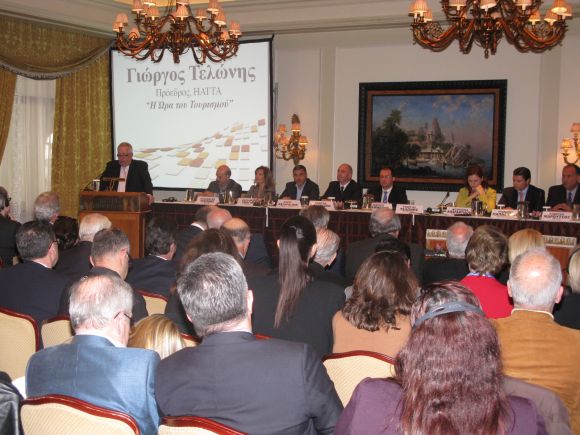 “The time has come for the recovery of Greek tourism,” the president of the Hellenic Association of Travel & Tourist Agencies (HATTA), Yiorgos Telonis, said while opening the association’s annual general assembly on Wednesday, 27 March, in Athens. 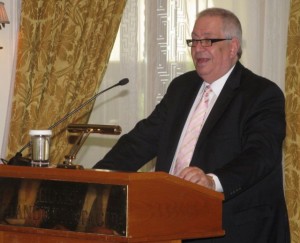 In an optimistic tone, HATTA’s president said Greek tourism is expected to increase significantly in the coming years.

The liberalization of road passenger transport and the latest developments on visa facilitation for citizens of non-Schengen countries (such as Russia, Turkey and China) were the main topics focused on at HATTA’s general assembly.

During his speech, Mr. Telonis underlined the importance of the liberalization of road passenger transport (KTEL intercity bus profession). 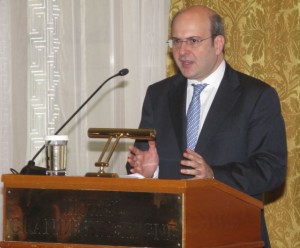 (The KTEL intercity buses currently belong to a “closed profession” by Law 3534/2007 that extends their monopoly until 2019. For years tourism professionals have pressured for the KTEL bus monopoly on long distance bus lines to be lifted before 2019.)

Commenting on the issue, Transport Minister Kostis Hatzidakis said the draft law on the liberalization of road passenger transport would soon be given for consultation.

He added that the Transport Ministry aims for the profession to open in 2015 as opposed to 2019, ensure quality and financially sustainable transport and take all necessary care in regards to remote Greek destinations.

Mr. Telonis also spoke in regards to Greek cruise and said even better results were expected this year. In 2012, some 5.5 million tourists visited Greek ports, an increase of five percent compared to 2010.

In regards to the high VAT rate, HATTA’s president underlined that no progress had been made to date in regards to a VAT reduction on food catering services and all components of the travel package, including transportation.

He reminded that if tourism development is desired, then “our businesses must have liquidity and entrepreneurship must be supported.”

During his opening speech, HATTA’s president, Yiorgos Telonis, also made special reference to the recent establishment of a Working Group for Greek tourism with the German Travel Association (DRV). The working group will be comprised of representatives of Greek and German travel agencies and aim to improve Greece’s competitiveness in the German market. Its first meeting will be held in Berlin on 13-14 June 2013. 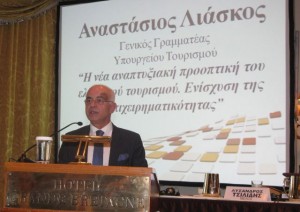 On his part, Greek Secretary General of Tourism Anastasios Liaskos referred to the key points of the Greek Tourism Ministry’s tourism policy and strategy to strengthen entrepreneurship.

Mr. Liaskos was optimistic and said bookings for this season showed an increase of 15 to 20 percent. He estimated that, according to the latest figures, arrivals this year would exceed 17 million visitors and 12 billion euros in revenue.

GTP was the communication sponsor of HATTA’s general assembly.