Greece To Launch Visa-Free Program For Turks Again This Year 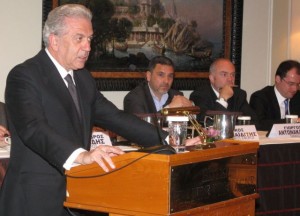 Speaking at the recent general assembly of the Hellenic Association of Travel & Tourist Agencies (HATTA), Mr. Avramopoulos announced that the visa facilitation program would run April-October 2013. 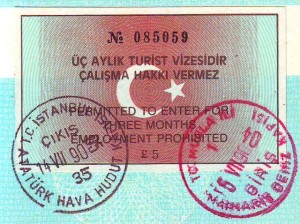 The program, that will offer a relief from the strict regulations for the EU’s joint Schengen visa, is expected to boost the number of visitors from the neighboring country to the Greek islands.

According to the program, Turkish tourists or other non-EU citizens visiting Turkey that wish to visit the islands of Rodos, Kos, Samos, Chios and Mytilini for less than 15 days can issue visas at the ports of the islands.

In the next few days, a directive will be sent to consular authorities for multiple-entry visa to be issued within 48 hours and valid up to five years.

Mr. Avramopoulos said the ministry was examining the issuing of free visas for applicants of certain categories.

He also said the ministry intended to increase the number of Greek visa centers in non-Schengen countries with a priority in China, where there are only three visa centers (Russia has 17 and Turkey has six).