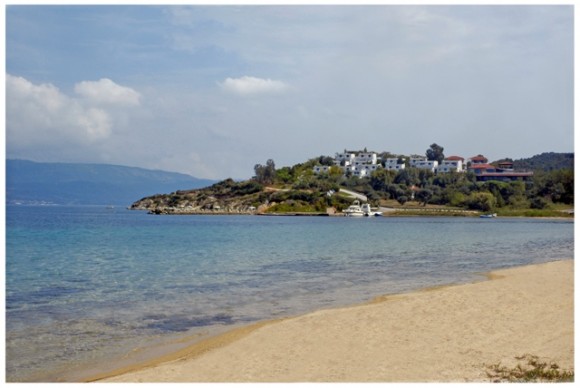 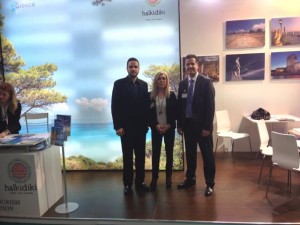 The stand of the Halkidiki Tourism Organization at the TTR Bucharest trade show was represented by the organization’s president, Grigoris Tassios (right) and many professionals from the destination.

Halkidiki expects a five to seven percent rise in arrivals of Romanian tourists this year, according to the Halkidiki Tourism Organization. The organization once again participated with its own stand in the TTR Bucharest trade show held 14-17 March 2013 in Romania.

During the inauguration of Halkidiki’s stand, Minister of Macedonia and Thrace Theodoros Karaoglou thanked the expatriates in Romania (over 11,000) for their assistance in supporting Greece’s image.

Also, special thanks was given to the president of the Romanian National Association of Travel Agents (ANAT), Corina Martin, for the support shown by Romanian travel agents to Greek tourism through the launch of travel packages to all of Northern Greece.

According to the organization, some 3,000 Romanians visited the Halkidiki stand and requested information about the destination.