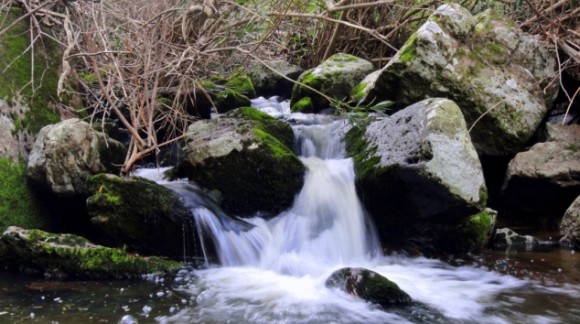 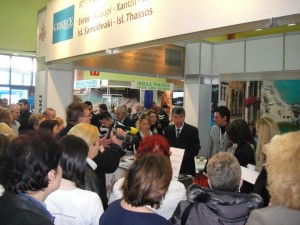 The stand of the East Macedonia-Thrace Region at the TTR 2013 trade show in Bucharest, Romania.

“Our Romanian friends now have the chance to come to our area in just a few hours and enjoy great hospitality via our new avenues of communication to Drama, Xanthi and Evros through Bulgaria where the roads are very modern and continuously improving,” the vice prefect of the Region of East Macedonia-Thrace, Yiorgos Geromarkos, said recently in Bucharest, Romania.

The Region of East Macedonia-Thrace participated in the TTR Bucharest trade show held 14-17 March in Romania within the framework of its tourism promotion strategy that aims to strengthen partnerships and attract visitors from the Balkans and the rest of Europe.

During the trade show, Mr. Geromarkos held discussions with the Greek Embassy and tourism professionals that focused on strengthening tourism relations between Greece and Romania. 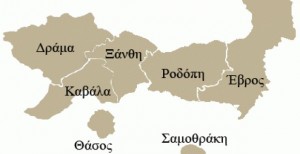 “I’m sure a visit to our region will be unforgettable and East Macedonia-Thrace will become your permanent destination,” the vice governor told Romnian journalists and tourism professionals during a press conference held on the sidelines of the trade show.

The Region of East Macedonia-Thrace held a draw for trade show visitors and gave out travel packages to Romanians that included visits to the Greek region’s destinations. The travel packages were offered by Greek tourism professionals.