HotelBrain recently broadened its presence in the Ionian by introducing three new partnerships in Zakynthos and Preveza.

The hotel development and management company has made new management agreements with the Mimoza Beach Hotel and Strada Marina on Zakynthos and the SESA Hotel in Preveza.

The company now has management agreements with 67 hotels in 23 destinations throughout Greece.

Hotelbrain also manages 23 out of the 43 Small Luxury Hotels of the World hotels in Greece. 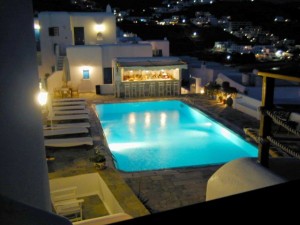 According to recent data, the total net turnover for 2012 of hotels in partnership with Hotelbrain was 38.2 million euros (30.2 million Euros in 2011), an increase of some 27 percent (figures exclude VAT/taxes).

During the company’s recent third annual meeting, Hotelbrain president and CEO, Panos Palaiologos, said that despite last year’s challenges, the hotels in partnership with Hotelbrain managed to maintain constant average room occupancy in comparison to 2010 and 2011. The average room occupancy for 2012 of hotels in partnership with Hotelbrain was 67.2 percent (figures exclude complimentary overnights).