New incentives by AIA to airlines and new international routes by Aegean Airlines, in view of the summer season 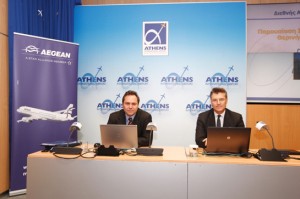 Athens International Airport (AIA) and Aegean Airlines recently announced joint initiatives for the summer season 2013 that aim to create a favorable framework in the aviation market of Athens and further enhance passenger traffic.

In this context, AIA will continue its enhanced policy of targeted incentives during summer 2013.

AIA presented its new policy incentives for summer 2013 that are designed to assist airlines in maintaining, at the extent possible, the number of flights, sustaining traffic in specific market sectors and capitalizing on the potential of niche markets.

More specifically:
Sustainability Incentive: A 10 percent discount will be available on landing and parking charges per departing flight, provided that airline companies will maintain the same number of flights as last year.
Transfer Incentive: A fixed amount per departing transfer passenger (ranging from 5 to 15 euros) during the summer period.
Load Factor Incentive: AIA offers 10 euros for every additional departing passenger, applicable for load factors exceeding 80 percent.
Niche Routes Incentive: AIA is offering the existing applicable “new international route incentive” plus a fixed return amount per departing passenger (from 5 to 10 euros) depending on the distance of the route. 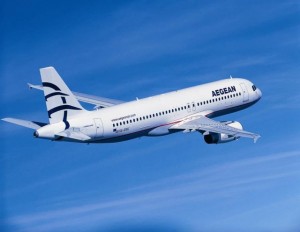 On the other hand, Aegean Airlines, responding to the need of supporting tourism in Athens, will expand its service from AIA with eight new international destinations, in accordance with its outward looking policy.

Aegean will launch regular routes to Geneva, Manchester, Lyon, Kiev, Baku, Berlin, Warsaw and St. Petersburg, reaching to more than 40 total routes from Athens, 28 of which are international. Overall, from 180 routes of Aegean in Greece and Cyprus, 159 are international.

According to the airline, its decision to respond to AIA’s incentives is part of its strategic plan to continue investing in Greece during a very difficult period when development and growth are the main objectives both for tourism and the economy in general.