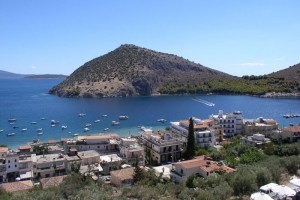 Promoting the Argolida Region as a tourism destination to passengers of Turkish Airlines was discussed, during a recent meeting held between the region’s vice governor, Anastasios Chividopoulos, and the general director of Turkish Airlines in Athens, Gulay Ozturk.

During the meeting, Mr. Chividopoulos informed on the Peloponnese region’s new campaign, which expects to attract visitors from Turkey.

The meeting was held within the framework of Turkish Airlines’ initiatives to boost tourism in Greece.

According to a press release, a new meeting will soon take place in Tripoli to form a new partnership and for both sides to plan actions to develop the Peloponnese tourism product.