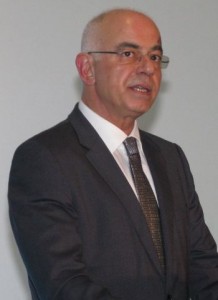 Greek Secretary General of Tourism Anastasios Liaskos will pay an official visit to Russia aiming to maximize this year’s tourist flow from Russia to Greece.

During his visit to Russia, Mr. Liaskos will attend the International Travel Fair Intourmarket (16-21 March) and the country’s leading and largest travel exhibition MITT (21-23 March) and attend meetings with the country’s government officials and major tour operators.

The secretary general of tourism also has scheduled appearances at special themed events with the representative of the Holy Synod of the Church of Greece and Secretary of the Synod office of pilgrimage tours (religious tourism) Archimandrite Spyridon Katramados. They will give joint interviews to the media to promote religious tourism.

The cooperation is based on the protocol signed in January between the Church of Greece and the Tourism Ministry for the development of religious-pilgrimage tourism in Greece.

Mr. Liaskos will also hold meetings with the Ambassador and Consul of Greece in Moscow, visit the visa center and give interviews to the Russian media.