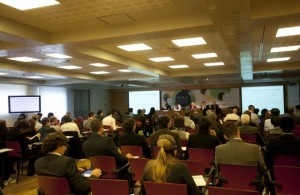 The Hellenic Association of Professional Congress Organizers (HAPCO) recently made a proposal to the Greek Tourism Ministry to organize an informative event for the Greek and international scientific community to boost Greece’s image as a conference destination.

The event would aim for attendees (full professors, presidents of scientific societies and distinguished Greek scholars abroad) to become “conference ambassadors” and promote events in Greece in collaboration with all stakeholders (Ministries of Tourism, Health, Education, EOF, SFEE, etc).

According to HAPCO’s president, Dinos Astras, there has been a significant reduction of – mainly – medical conference events in Greece, partially due to restrictions of the Circular of the National Organization of Medicines (EOF) and the Code of Conduct of the Hellenic Association of Pharmaceutical Companies (SFEE).

The association has briefed EOF and SFEE in regards to cancellations of medical conferences in Greece and their rescheduling in rival countries due to these restrictions.

HAPCO has made proposals, which, supposedly, will be included in a new corrective circular of the medical bodies.

In regards to the holding of the informative event to establish Greece as a conference destination, the tourism ministry appeared positive and is currently reviewing HAPCO’s proposal.

“A targeted action plan for the development of congress tourism in Greece based on a national alliance of the public and private sector is necessary,” HAPCO said in an announcement.

Tourism Ties Between Greece And Japan To Grow Stronger