Greece To Make Comeback As Tourism Destination This Year 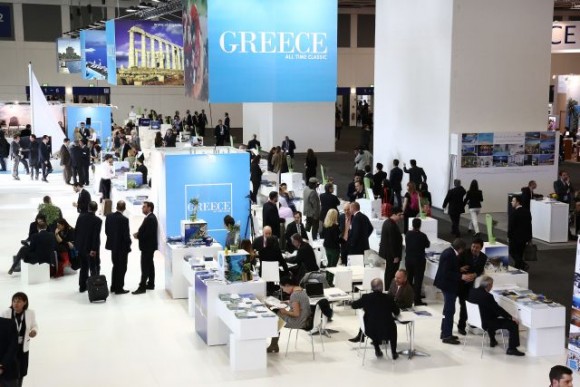 The Greek pavilion at ITB Berlin 2013.

Greek tourism is making a comeback this year in an otherwise flat European market, held back by the weak economic climate, travel industry executives said recently on occasion of the ITB Berlin trade show taking place in Germany.

Tourism professionals said European consumers that have a desire for an affordable beach holiday closer to their country is helping the revival of the tourism demand in “a country battling the recession and the debt crisis.”

Bookings to Greece, UK, Germany and the Netherlands have increased 10 percent for this summer, Doerte Nordbeck of GfK market research group said during a presentation at ITB Berlin.

Tourism revenue, Greece’s main source of economic activity, dropped 4.6 percent to 9.89 billion euros during the January-November 2012 period, according to official figures from the Bank of Greece. 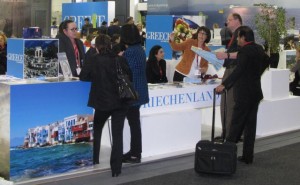 According to Gfk, in January 2013, sales of Greek packages increased by 13.5 percent from the same month last year while total sales for the summer 2013 grew by 13.9 percent. The market research group compiles data from over 1,200 traditional travel agencies and 30 online travel agencies.

(This contradicts a tourism study presented last month by German research institute Stiftung fur Zukunftsfragen that said only 0.8 percent of German respondents said they planned to spend their holiday in Greece this year.)

Alltours, Germany’s fourth largest tour operator, said bookings for holidays in Greece have increased by 30 percent this year, “bringing good news to a country where tourism accounts for about one fifth of production and one in five jobs.

“The tourism industry in Greece has overcome the crisis of the last two years and is now back on top,” said Willi Verhuven, CEO of Alltours. 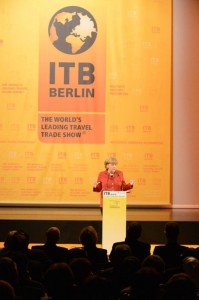 Mr. Verhuven said the company is noticing a surge of bookings from repeat customers that had ruled out traveling to Greece in favor of other destinations.

Bookings from the UK to Greece are also on the up, reports said.

“I also wish that European countries which are famous for tourism get good custom – I name Greece, Spain, Portugal, Italy – all countries in which growth is really necessary at the moment and where we have to make an effort to finally get people back into work,” she said.