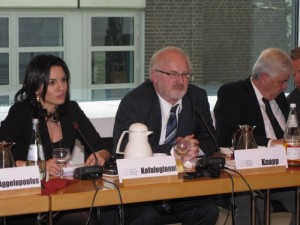 “Greece has left behind its pathogenic past and now invests in tourism, entrepreneurship and the primary production in order to exit the recession,” Greek Tourism Minister Olga Kefalogianni said at an event today, Thursday, 7 March, in Berlin, while addressing the Greek and German media.

The event entitled “Greece on the path of development. Extraversion-tourism-investment” was held on the sidelines of ITB Berlin and organized by the Konrad Adenauer Foundation and the GNTO.

During her speech, Mrs. Kefalogianni stressed that tourism is Greece’s powerful weapon in the “war” against recession as it corresponds to 18-20 percent of GDP and 20 percent of jobs in the country.

The event was also attended by the Minister of Rural Development and Food Athanasios Tsaftaris, the president of the Association of Greek Tourism Enterprises (SETE) Andreas Andreadis, board member of SETE Alexandros Angelopoulos and Greek entrepreneur Pavlos Evmorfidis of Coco-Mat. 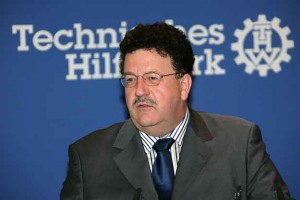 According to the tourism minister, announcements will be made in regards to a Greek-German cooperation that links tourism education with the Greek labor market.