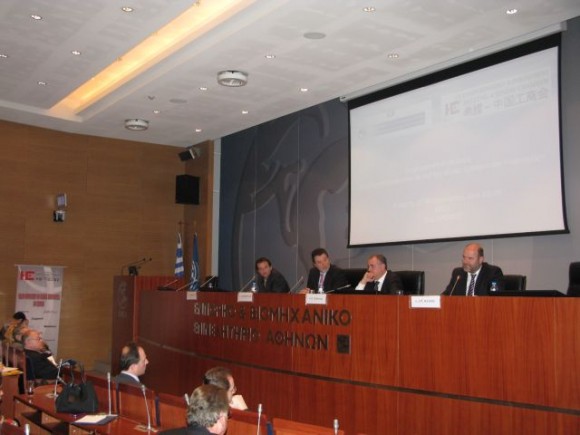 “Some 21,000 Chinese tourists chose Greece as their first stop in Europe last year, which translates to a 23 percent increase from the year before,” Chinese Ambassador to Greece Du Qiwen said yesterday, 27 February, at an event hosted by the Athens Chamber of Commerce and Industry in collaboration with the Hellenic-Chinese Chamber.

“Of course, this does not include the Chinese tourists that arrived in Greece from another Shenghen destination,” the ambassador said. (The Chinese usually opt for 15-day travel packages that include visits to three European countries, according to tourism professionals.)

The event, entitled “Operating in the market of China: Trade and tourism,” was held to discuss methods to increase Greek exports in China and to welcome more Chinese tourists to Greece. 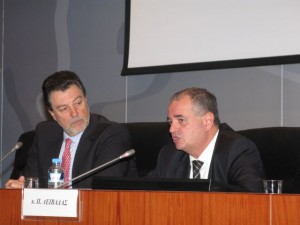 However, Greece aims to increase that number. The Greek Tourism Ministry is making efforts to ease visa requirements for Chinese nationals, encourage a direct flight between the two countries and open more visa centers in the Asian giant.

Speaking at the event, the secretary general of the Greek National Tourism Organization, Panos Livadas, said the Greek side was looking to add four more visa centers in China.

“We also consider the establishment of a direct air link between Greece and China one of our top priorities,” he added.

Mr. Livadas said that if Greece manages to boost arrivals from China, the tourism season would lengthen, which is one of the tourism ministry’s top priorities. The Chinese are said to travel in May, October and December, months that the tourist traffic in Greece drops in comparison to the summer months. 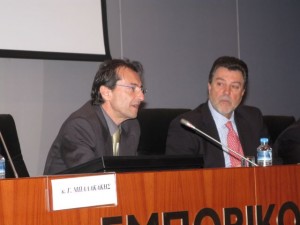 During the event, initiatives implemented by private companies to attract Chinese tourists were also reviewed. For example, to further enhance the cultural and tourism bonds between Greece and China, a cooperation memorandum was recently signed in Beijing between the China Cultural Heritage Protection Center and Geo Routes Greece.

Within the framework of the memorandum, the Chinese side will organize cultural missions to Greece with participants from the academic and administrative sector.

The head of Greece’s Geo Routes, Yiannis Balakakis, informed the audience that in order to approach the Chinese market, Greece must offer high quality products, understand the Chinese culture and respect the Chinese philosophy. 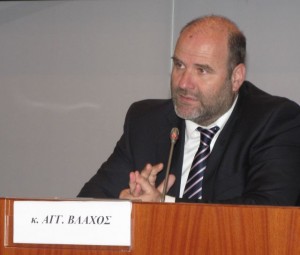 “The number of Chinese tourists that prefer independent travel to Europe is growing in relation with those that prefer conventional tour groups… This is very important,” former GNTO China director, Angelos Vlachos, said. According to figures released last year, some 42 percent of Chinese tourists now prefer independent travel to Europe, while 53 percent opt for group travel.

According to tourism professionals, although the Schengen visa validation procedure may be the main reason Chinese tourists are not coming to Greece, it is not the only one.

The fact that the Greek tour guides do not speak Chinese or that no signs are available in the Chinese language are also factors taken under consideration by tourists from China.

In addition, the strikes often held in Athens – that influence public transport, the operation of museums/archaeological sites and the itineraries of ships and flights – were also said to be a turn-off for Chinese visitors.

According to a trend analysis by the TUI Think Tank and Z_punkt, in 2010 an estimated 3.8 million Chinese traveled to Europe and it is assumed that this figure will quadruple by 2020.

Gastrotourism Campaign Goes On The Air