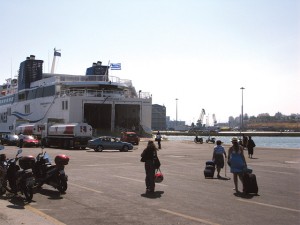 Greek ferry connections will not be reduced this year, the secretary general of the shipping ministry, Athanasios Bousios, assured Greek hoteliers at the Hellenic Chamber of Hotels’ Board of Directors meeting held yesterday, 27 February.

The chamber’s Board of Directors meeting focused on the problems of the Greek coastal shipping sector and the impact on the tourism of the Greek islands.

According to Mr. Bousios, the shipping ministry will soon table a bill in Parliament that will include a series of improvements on coastal shipping in favor of ferry companies.

The secretary general also assured that Greek ferry schedules for this tourism season would be released in a timely manner.

In regards to waterways, he said the institutional framework was underway in order to have enough time to attract investors.

On the issue of home porting, the secretary general said a special provision would be made to facilitate cruise to Greek islands.

When questioned in regards to the lack of a Corfu-Italy route, Mr. Bousios said the specific issue fell into the responsibilities of the private sector.