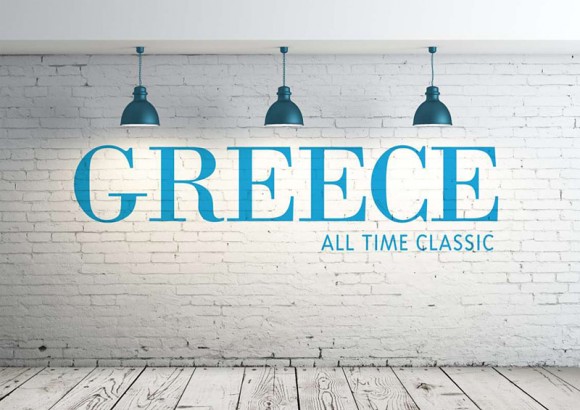 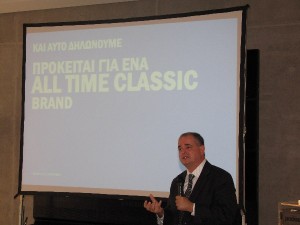 The Greek National Tourism Organization’s (GNTO) communication actions for this year’s tourism season were presented today, Tuesday, 26 February, by the organization’s secretary general Panos Livadas at an event held at the Acropolis Museum.

The actions will aim to effectively manage Greece’s brand name to markets abroad, which, according to the GNTO secretary general, has been an ongoing problem.

“Immediately after the 2004 Olympic Games, Greece was the fifth most powerful brand in the world… Today, brand name ‘Greece’ has slumped to 39th place and has been falling since 2006,” Mr. Livadas stressed.

“The problem does not only concern Greece’s promotion and advertising, but also the management of the brand name itself,” he underlined.

Mr. Livadas presented a series of actions for Greece’s 2013 tourism season that see to promote the image and identity of the country’s tourist product and manage the brand name “Greece.”

More specifically, the GNTO plans to monitor markets and record trends (through market research and connections with reliable databases) to implement its strategic plan in an efficient manner. 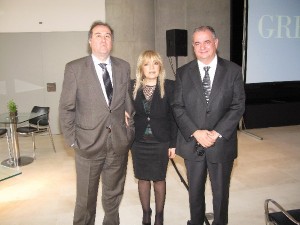 The country’s promotional material will run under a new concept while the GNTO’s tourism portal is scheduled to undergo a revamp with NSRF funds.

The organization also plans to team up with key players in the international tourism market and launch joint promotional programs to target markets such as the UK, Russia, Germany, France, the US and Scandinavia.

Cooperation with significant international online search engines and forming strong partnerships with online booking engines is also in the cards.

In regards to “advertising,” the GNTO intends to gain effective (positive) publicity in the international media.

According to Mr. Livadas, the GNTO aims to manage Greece’s brand name in the best possible way to international tourism markets despite a 30 percent cut in funds for advertising and promotion.

However, special attention will be given in order for the available resources to be managed properly.

Apart from its reduced finances, the GNTO is also up against a “cut” in its responsibilities as they are scheduled to be transferred to the Tourism Ministry (except those in regards to advertising, promotion and services abroad). 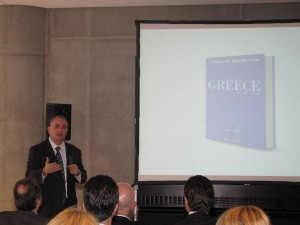 GNTO secretary general, Panos Livadas, presents the “brand manual” to be distributed to all stakeholders that promote Greece to countries abroad.

The GNTO has published a “brand manual” to be distributed to all stakeholders (associations, regions, etc.) that promote the country abroad.

“This is an attempt by the GNTO in order for everyone to follow a common policy on the promotion of Greece to international markets,” the secretary general said.

Mr. Livadas underlined that the manual contains “guidelines” on Greece’s promotion and that “nothing will be forced on anyone.”

“We have already held meetings with stakeholders in regards to following a common policy and the response has been positive,” he said.

When asked of the GNTO’s cooperation with the soon-to-launch private company “Marketing Greece” of SETE (Association of Greek Tourism Enterprises) that will aim to efficiently promote Greek tourism, Mr. Livadas said the organization was “open” to cooperation.

“But the issue requires caution as the GNTO has a regulatory framework that can not easily be changed,” he said.