Greece’s cuisine and local products will be promoted once again to European countries through the Sympossio Greek Gourmet Touring initiative organized by Aldemar Hotels.

The 4th Sympossio initiative kicked off today, Monday 18 February, at HOTEL EXCELSIOR 5* in Pesaro Italy and will bring together tourism professionals, Greek producers, state bodies and representatives of local and international media 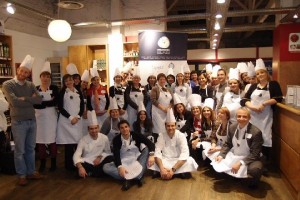 The Sympossio is an initiative communicated through a dynamic and extrovert promotion project set in motion by Greek hoteliers to establish Greece on the world map, as a distinct culinary destination.